Mental disorder (intellectual disabilities) is a mental illness or mental (intellectual) development disorder that limits a person’s ability to work or serve themselves, and also complicates the process of integration into society.

What is the difference between intellectual developmental disorders and mental illness?

Many specialists try to grapple with this difference. There are many points of view. The staff of Texas Chemist picks up the most definite facts in this issue. 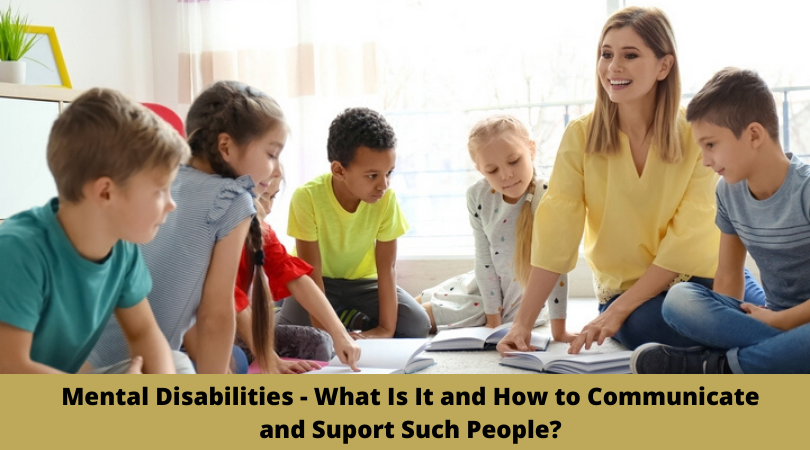 Both impaired intellectual development and mental illness belong to mental disorders, but treatment options and care for these people are different.

People with intellectual disabilities are hard to learn, and they develop more slowly than others. This condition is usually diagnosed immediately after birth or in early childhood. Sometimes this occurs as a result of damage to the brain after suffering diseases or injuries. There are three degrees of impaired intellectual development:

In the event of impaired intellectual development, care, attitude and support are more significant. The condition is relatively stable and unchanged.

In the case of mental disease, such as schizophrenia, depression, bipolar affective disorder, anorexia and other diseases, medication and psychotherapy play a more important role. The overal state may vary. Diseases are also divided according to severity; they can cause disability or can be the ones people successfully get along with, such as mild depression.

Intellectual disabilities can be very different. Mental diseases differ from mental development disorders. People with the same diagnosis may have different disorder manifestations. A good example is a wide range of autism – a person with such a diagnosis may have highly developed intelligence and impaired by an outside observer, and in the most severe cases, a person with autism is not even able to learn to talk during his lifetime. Mental health problems caused by schizophrenia can also be very different, for example. If you provide people with intellectual disorders with the necessary support, they can learn, integrate successfully in the labor market and live a full happy life.

The life of people with such a disease in society may vary depending on the severity of functional impairment. A person can be completely self-acting and do paid work, or he may need ongoing support.

How to behave when dealing with such a person?

Mental disorder will not necessarily be noticeable when dealing with a person. The same applies to disability. But if you know about the disability of the interlocutor or his relative, it is better to postpone the questioning to a closer acquaintance, so as not to create a situation in which everyone will be embarrassed.

You should also not be interested in why a healthy-looking person with a disability does not work. Chronic mental disorders often develop in young or old people. In appearance, a person may look physically healthy, but a decrease in volitional functions and impaired thinking during schizophrenia, for example, reduce the ability to work just like any other severe illness or injury.

What are the public policy options for such people in the world? Which approach is the best one?

It may seem that pensions and free medications are enough to provide social support to people with disabilities, but this is not 100% true.

Firstly, the size of the disability pension does not allow us to talk about the possibility of a decent life. Pensions are supplemented by travel benefits and medications that a person can dispose of independently — for example, refuse them in favor of monetary compensation. But with any choice, he/she will stay in a vulnerable position: on the one hand, monetary compensation is small, and on the other hand, interruptions occur in the procurement of drugs that are carried out by the regional health ministries with federal budget money.

Secondly, the life of a person with a disability, like other people, is not reduced to payments and medications. A good option for government assistance is housing programs with support. They allow a person with a disability to live independently, provided that he is regularly visited by a social worker. For example, in Finland, such support is mainly provided by non-profit organizations (NPOs).

Another option for social assistance is supported employment. Disability is not always associated with a complete loss of the ability to learn or work. A person with a severe or chronic mental disorder, involved in the labor process, simultaneously trains social skills and feels a sense of self-need, inclusion in society, which is important for the well-being of any person.

In general, assistance to people with disabilities should cover different aspects of life and at the same time adapt to individual needs. This can be achieved with the help of the state program, the different parts of which are carried out by different NPOs specializing in certain narrow tasks.

This requires not only money and trained specialists, but two more factors: the will of the state to such changes and the willingness of society to see people with disabilities as part of their familiar environment.